I am on vacation this week so I’m offering some previous posts from the blog that remain timely. I’ll be back online on Monday. 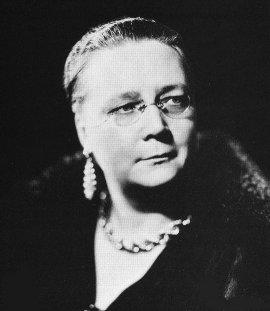 In her essay entitled, “Why Work?” Dorothy L. Sayers writes a scathing critique of the West (specifically, England). Her words were written during the Second World War when all of England was experiencing what might be called drastic shortages of certain food stuffs. Sayers points out that all industrial capitalist economies are based on consumption. That is to say, there is no market for goods and services except that there are parties who wish to consume (i.e., use) these goods or services. I might attempt to go into business as a physic advertizing that I can achieve wonderful results for sufferers of the gout by treating it with leaches and blood-letting. Not have consulted the Bureau of Labor Statistics, I am fairly willing to say that there is not a strong market for this sort of thing. There are no consumers.

The central point of her critique is that consumer capitalism erodes the Christian doctrine of vocation. Why? Sayers claims that the advent of modern capitalism has produced jobs rather than vocations (“callings”). The industrial revolution provided massive increases in the efficiency of labor. By dividing labor tasks (i.e., conveyor-belt) the production of goods could be radically increased. The problem? Increased efficiency in production is negligible apart from a similar increase in demand for said goods. If there is no corresponding increase in demands then the price of the goods falls.

The result of these advances was the removal of the worker from the creation of an item/product. In other words where once the same wheelwright was responsible for the creation of a wheel from start to finish, now one person treats the wood, another steams and shapes it, another makes the spokes, another forges the iron band, another markets and another delivers it. The division of labor here can drastically increase the number of wheel produced, but at what cost to the worker?

Sayers critique is based upon a couple of presuppositions. The first is that each individual is called to a vocation and that this vocation must be morally good, creative, constructive, and provide fulfilment to that person. [By this logic, no one is called to the vocation of tele-marketer.] Second, this vocation is one of the chiefest purposes of this person’s life and therefore, in Sayers’ mind, “we live to work rather than work to live.” She has no time for, indeed she claims it is sub-Christian, to work simply for the purpose of getting a pay check.

At the time of writing this essay, massive amounts of money were being spent on the war in Europe. Sayers poses the question, will the material sacrifices made during the war endure when the war ends? If anything, the war proved that “man does not live by bread alone.” Even with very little affluence, comfort, or luxury, the British people managed to live good lives. Of course, the war itself was serving as the chief consumer at the time, and the majority of businesses (public and private) were directed at providing products useable in that market.

Of course, we know now that the Post-War Western hemisphere has plunged headlong into the type of consumption that Sayers decried in Pre-War Europe. Does capitalism then actually improve lives? Does technology actually make humanity more contented? This is, of course, difficult to gauge. However, I will concede the point to Sayers that the world would be a better place if there were more artists–those who work because they must, not simply to get paid. Of course, given that I am writing this in a coffee shop on a notebook computer with a wireless card shows that I enjoy consuming plenty of goods and services!

There are many people who work simply to get a pay check. Perhaps they need not do this. Perhaps they grow accustomed to the comfort of a certain (or at least relatively certain) amount of money coming into their checking account each month. They could do otherwise, but over time they give up on their dreams. It is, perhaps, here that Entrepreneurs can teach us (and Sayers) something. At the start, the only reason to start a company is because you believe in it (unless you are a fraud). When you’re working 60 hours-a-week for next to nothing, you are building the character and discipline that will regulate you when the profits begin. Entrepreneurs are artists. We can quibble about whether the services they provide are truly necessary/good/worthwhile (or whatever justification you might require for the consumption of a good or service), but most entrepreneurs believe in what they’re doing. And they are the financial bedrock of their communities.

It’s encouraging to know that from a Christian perspective, entrepreneur can be a virtuous vocation. Once upon a time I would have agreed with all that Sayers’ wrote. Now I see the wisdom and limitations of her words. It is, after all, the same moral compass that creates wealth both by fueling wealth-creating businesses and precluding mindless consumption of unnecessary or overly-wasteful goods and services.

I’m a Presbyterian minister and teacher serving a congregation in the Chicago suburbs. More than anything else, I am a teacher. My vocation is to be a trusted guide who helps people think deeply, see differently, and act faithfully in the world.

I received a Bachelor of Arts in Philosophy and Religion from Samford University and a Master of Divinity from Beeson Divinity School.

I have completed additional studies at Tyndale House, Cambridge, and the Frederick Buechner Writer’s Worship in Princeton, New Jersey.