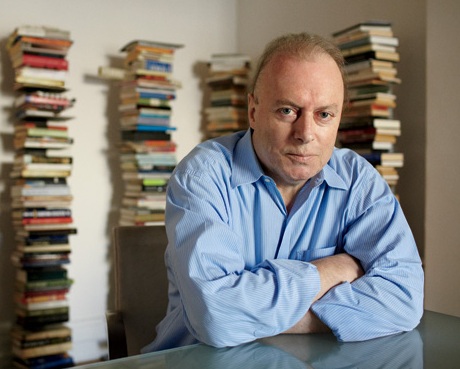 I wrote earlier about my sadness over the death of writer Christopher Hitchens at 62 years of age. A friend, I cannot recall whom, posted this transcript of an interview in which Hitchens proves himself to be an ally of historic Christian orthodoxy.

His interviewer, a retired Unitarian minister, attempts to maneuver Hitchens into a corner and get him to proclaim his acceptance of the sort of progressive Christianity she espouses. Her faith is marked by such vagaries as a belief in “the other” and a desire for the moral improvement of humanity along a utopian trajectory. Surely this sort of faith should warm your heart, Hitch?

[Interviewer] The religion you cite in your book is generally the fundamentalist faith of various kinds. I’m a liberal Christian, and I don’t take the stories from the scripture literally. I don’t believe in the doctrine of atonement (that Jesus died for our sins, for example). Do you make and distinction between fundamentalist faith and liberal religion?

[Hitchens] I would say that if you don’t believe that Jesus of Nazareth was the Christ and Messiah, and that he rose again from the dead and by his sacrifice our sins are forgiven, you’re really not in any meaningful sense a Christian.

Let me go someplace else. When I was in seminary I was particularly drawn to the work of theologian Paul Tillich. He shocked people by describing the traditional God—as you might as a matter of fact—as, “an invincible tyrant.” For Tillich, God is “the ground of being.” It’s his response to, say, Freud’s belief that religion is mere wish fulfillment and comes from the humans’ fear of death. What do you think of Tillich’s concept of God?”

I would classify that under the heading of “statements that have no meaning—at all.” Christianity, remember, is really founded by St. Paul, not by Jesus. Paul says, very clearly, that if it is not true that Jesus Christ rose from the dead, then we the Christians are of all people the most unhappy. If none of that’s true, and you seem to say it isn’t, I have no quarrel with you. You’re not going to come to my door trying convince me either. Nor are you trying to get a tax break from the government. Nor are you trying to have it taught to my children in school. If all Christians were like you I wouldn’t have to write the book.

Don’t get me wrong, this argument is not a principled defense of Christian orthodoxy–at least I don’t think it is. It is an incidental defense of Christian orthodoxy, but a defense nonetheless.
It’s possible that he really believes that his interviewer isn’t really a Christian in any meaningful sense of the world (an argument I too would make), but it’s also possible that he believes it necessary to define the term Christian in such a way as to encompass beliefs that he regards as “fraudulent.” I prefer the former.
What do you think?