When secular and ecclesiastical calendars collide, the secular calendar always wins. At least, it seems that way to me. Christmas on a Sunday? Let’s cancel church–Christmas is a time for family, right? Pentecost on Memorial Day weekend? Time to head to the beach. Observing this little fact over the years suggests that culture is more deeply shaping many American Christians than the story of the Church. 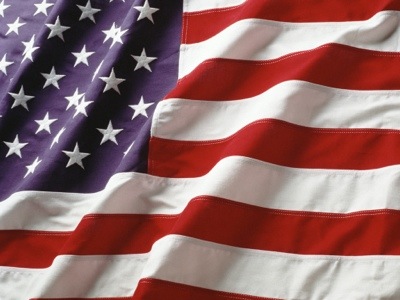 Pentecost celebrates the church’s coming into being as recounted in Acts 2. The giving of the Holy Spirit is no small part of the story of the Church and it’s no small part of the story of individual Christians. That we are so immune or ignorant of the Spirit’s work in our own lives is, again, testimony to the ill health of the Christian community.

Don’t get me wrong, there’s nothing wrong with secular holidays such as Memorial Day. As a Reformed Christians I have no problem observing the sacrifice of members of the Armed Forces who have given their lives in the defense of the nation. The military is an extension of the civil authority and therefore is to be respected.

Further, I don’t have a great deal of problem with a sense of allegiance to or respect for one’s nation. After all, we’re all born somewhere and as part of some people. It seems to me that love of neighbor begins with love of one’s fellow countrymen. It should be remembered, of course, that love of country and allegiance to the flag (or the crown) has its limits.

There is a prior or more ultimate allegiance for the Christian–Christ himself and His bride, the church. We shouldn’t forget how radical a statement that can be. After all, imagine such words coming from the mouth of a Muslim. Some of us might feel somewhat different in that instance.

What I long for is a day when the evangelical church is marked by a growing sense of its on-going participation in the story of Christ as marked by the church calendar. What I hope for is the sense that above and before all other commitments is a commitment to a local group of believers who live in intentional accord with the testimony in the book of Acts (2.42):

And they devoted themselves to the apostles’ teaching and the fellowship, to the breaking of bread and the prayers.

I get excited envisioning a day in which when two calendars collide, the church calendar wins.