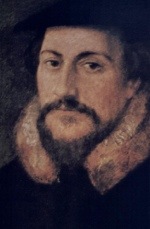 It’s often assumed that Protestants have no place for the sort of contemplative Christianity expressed by monastic communities of the Roman Catholic Church. Interestingly, Calvin’s central critique of the monasticism of his time was not it’s practices, but that it was limited to a select few (see Boulton, Life with God 2011). Calvin saw the church as company of believers united around Word and sacrament and whose lives were marked by the intentional practice of the spiritual disciplines used by monastic communities. The difference–Calvin’s Christians were “monks” in the world and it was not a peculiar calling, but one that is universal to all believers–the democratization of the monastic spiritual disciplines.

Later this week, I’ll be writing about why I think that the Reformed tradition is uniquely situated to contribute to missional discipleship.