The evangelical community has traditionally given much attention to apologetics. In general, apologetics has tended to be a populist endeavor concerned with producing answers for objections to the faith rather than a serious philosophical and theological endeavor. Many of us come to apologetics hoping that it will help us not look stupid when someone asks us a difficult question. Very often these answers are something of an appeal to neutral reason–we try to answer objections with scant appeal to revelation. Frequently, these answers also assume an epistemological consensus that really no longer exists in our culture, especially in university communities. Basically, we’re be trying to answer questions that no one is asking.
Moreover, unanswered questions (more accurately, many-answered questions) aren’t all that bothersome to many. 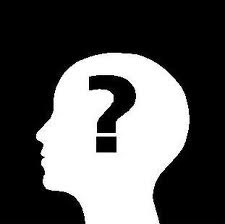 I’ve read (it may be apocryphal, I haven’t found a source) that Stanley Hauerwaus once said (or wrote), “The church doesn’t have a social ethic, it is a social ethic.”

We have entered a time in which it is more true to say that “the church does not have an apologetics it is an apologetics.” Through its shared life the church gives witness to the content and character of the beliefs it affirms in the creeds and confessions.

Reflecting on this, in relationship both with the Reformed tradition and the Radical Orthodoxy project, Jamie Smith writes:

“…[T]he message of the cross–which is the culmination of the logic of redemption–is a message of foolishness to the Greeks, such that Paul can celebrate Christ as the ‘foolishness of God’ (1 Co. 1:18-25). Thus, Paul advocates a mode of public engagement that rests not on demonstration but on proclamation, not on a neutral universal logos but on a particular, scandalous kerygma (1 Co. 2:1-5).”

What does this mean for the populist project of apologetics? Smith continues,

“The neutral, autonomous reason that would have to underwrite a project of demonstration [apologetics] has been forfeited by the fall…. The project of apologetics–especially ‘classical apologetics’– must be seen as an illegitimate project, illegitimate not because of its goal of witness or proclamation but because of its mode. Even if one suggests that only the “preambles of faith” (such as the existence of God, the necessity of objective moral standards, etc.) can be demonstrated by appeal to a universal, autonomous reason, one has failed to grasp the scope and ubiquity of the fall. One is unwittingly guarding a sphere of creation that is untouched by the fall.”

John Milbank points out that while we cannot appeal to an autonomous reason that is ubiquitous and unaffected by the fall in order to “argue” the truth of Christianity, what we can do is “out-narrate” the narrative provided outside of the faith. In other words, the church can live the Gospel of the Kingdom and tell the story of Jesus. In so doing, the church provides a “counter-narrative” to the other stories (we could even say “gospels”) being told (the story of America, the story of consumer capitalism, the story of communism, etc.). (Smith, 181 quoting Milbank in Theology and Social Theory, 327).

It seems that our emphasis on apologetics ought to be replaced by a focus on proclamation through Word and Sacrament–this perhaps will enable pastors to be who they are: shepherds who lead the flock to the throne of grace more and teach the content of the faith rather than amateur philosophers.

4 Replies to “The end of apologetics”