The on-going theological turmoil in the Presbyterian Church (USA) is complicated by the complexity of the way in which Reformed Christians understand denominations. I recently heard Barry Ensign-George of the Office of Theology of the PC(USA) present a paper on just this issue to the Reformed Theology and History section of the American Academy of Religion. The concept of denomination makes it all but impossible for Presbyterians to easily navigate the theological disputes that are current going on the in the church. In other words, the very existence of the Presbyterian Church (USA) assumes that it’s permissible to leave another church or communion in order to form another church or communion more consistent with one’s own theological identity. 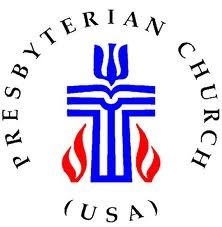 Precisely when this notion–the delineated denomination–came into being, I don’t know. Perhaps it germinated at the time of the Reformation where it was viewed as necessary for the Reformed Churches to withdraw from the Catholic Church yet without conceiving of themselves of founding a new religion or a disconnected church. Of course, Reformation Christians did not necessarily afford to other “denominations” (an anarchronistic term) the status of being equally part of the church as themselves.

This understanding of denomination makes it quite difficult to navigate the issue of disaffiliation or withdrawal from a denomination verses what might be called “schism.” After all, each member of the Presbyterian Church (USA) is, in the first instance, not a member of the Roman Catholic Church. The very existence of the Presbyterian Church (USA) means that all of us is, at one level, open to the charge of being schismatic. At the very least, we’re open to the charge of being hypocritical in arguing that it’s okay to leave (at some hypothetical period in the past), but in the concreteness of the present moment that option is precluded.

Ensign-George’s paper was quite helpful in deepening our use of the word “schism,” a word that has been dislodged from its New Testament origin and used an ecclesio-political invective. Quite simply, “If you leave the church [regardless of reason] you are schismatic.” This use of the term often serves as a mean of self-justification. As George pointed out, “It takes two to schism.”

Moreover, if I understood him rightly, Ensign-George also pointed out that the New Testament concept of “schism” involves a separation of fellowship while remaining a part of the same group. In other words, it is preferable to depart for conscience sake than to remain part of a group/church in a spirit of unwillingness to cooperate.

In light of Ensign-George’s argument, it makes a great deal more sense (both ethically and in light of the New Testament) to charitably separate from a body where one’s conscience is violated. Further, if this is done, such a separation is not schism.

2 thoughts on “What is a denomination?”