How to minimize jet lag

My current trip to the UK has been my most successful attempt to minimize jet lag on international travel. Jet lag is not a big deal if you’re going to be traveling for a couple of weeks or more, but my trip is a mere seven days. With a such a short visit I really wanted to make sure I didn’t waste unnecessary time trying to adjust.

I’m no expert, but I did several things differently than in years past and it worked for me. Here’s how I minimized jet lag for travel with a five hour time change where my outbound flight left at 5:45p (ET) one day and arrived at 7:00a GMT/2:00a ET the next. 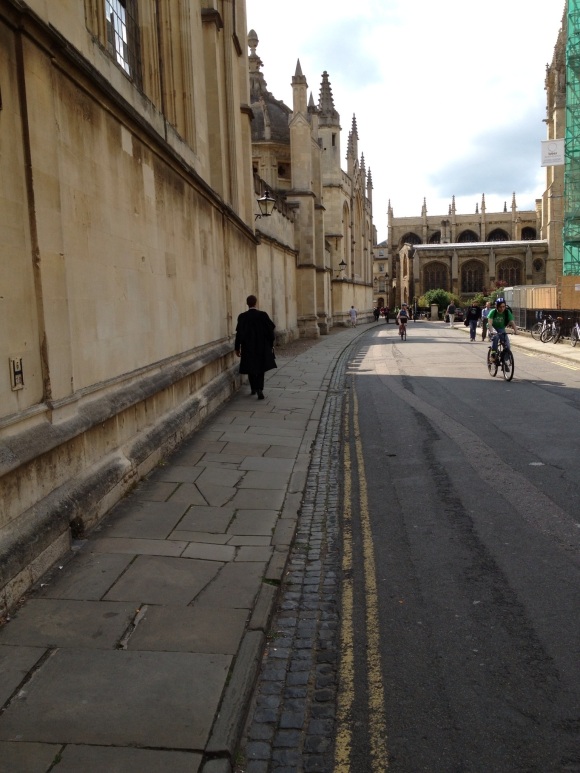 The key to avoiding jet lag is getting sufficient sleep to allow you to function the next day and not have significant sleep until evening the local time. Here’s how:

I had a two hour drive to the airport so I had two cups of coffee first thing in the morning and then avoided it the rest of the day. I drank only water or ginger ale.

I had a single beer on the flight because, well, who can say no to a free beer? Alcohol inhibits sleep and also dehydrates. My goal was to sleep well and remain hydrated to avoid getting sick.

I’ve never traveled with an inflatable pillow before. Anna’s parents gave us an Eagle Creek neck pillow, which was perfect. It made a huge difference and I doubt that I’ll ever travel without it again, especially if late night or early morning travel is involved.

I didn’t have a noise canceling headset, simply the ear buds I use when I run. I also have an app on my iPhone called SoundMachine. As the name implies, it is a sound machine–it produces noises like rain or waves that are designed to lull you to sleep. I use this app whenever I travel (and some times at home too) so associate the sounds I’ve programed on it with the process of going to sleep. It’s part of my sleep ritual and this association is really handy on the road. The airline offered a sleep channel, but I found that the sounds I used regularly were more effective in inducing sleep.

Melatonin is the stuff our bodies release as a reflex to external stimuli that tell us it’s night time (the sun setting, etc.). Sleep is essential in avoiding jet lag, and to sleep you need to convince your body that it should sleep despite all indications to the contrary (i.e., a loud cabin, lights, daylight outside, etc). Combined with the other tips above, melatonin can help kickstart sleep. Obviously, check with your doctor on this.

I managed to sleep between two and three hours on the plane. On prior trips, I have been unable to sleep more than 30 minutes, which isn’t enough to be even vaguely functional the next day.

Once in the new time zone, did the following:

Caffeine is now your friend rather than your enemy. Getting food and caffeine will help keep you alert even while tired.

Light cues the body that it ought to be awake. If you find a dark corner, you will be asleep shortly thereafter.

Again, being outside in the daylight and remaining physically active keep the body awake and alert.

I did elect to take 40 winks, but did so somewhere where I knew I’d sleep lightly and for a limited duration. There’s nothing better than taking a nap in a park on an English summer afternoon, especially with cricket being played in the distance. I slept from about 3:45p to 4:15p somewhat lightly. This was ideal since I knew if I slept deeply, I’d probably have slept for an hour or more.

Make sure coffee is never too far away.

I went to sleep at 9:45p local time and slept hard until 7:45a. I got up and pretty much feel right in sync on my second full day in the UK.

Jeff Gissing is a pastor, writer, and editor. He lives in suburban Chicago.