“Only followers of Jesus Christ can be saved.” This tricky little statement appears on the Presbyterian Panel Study, a statistical sample of responses to a set of questions posed to PC (USA) teaching elders, ruling elders, and members over a three year period.

Less than 50% of respondents typically agree or strongly agree with that statement. This often leads to the conclusion that the PC (USA) is functionally universalist in theology. Many attempting to be dismissed from the PC (USA) point to this as a central issue precipitating their departure. in 2010 Peter Chang, administrator of the survey, reached that conclusion himself.

“There seems to be some universalist streak in Presbyterianism, where some Presbyterians are open to the idea of other paths that folks in other faiths might be taking.” 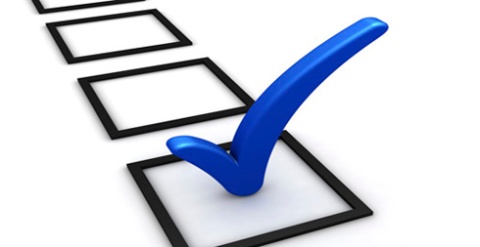 In my view, it’s the question itself that is problematic. It forces the respondent to venture out into the realm of God’s possibilities stepping beyond Scripture into speculative theology.

Respondents who disagree may do so for a variety of reasons including the belief that God, in himself, is not limited in what he can do. The answer is technically true, but intellectually unsatisfactory because it poses a question whose answer tells us more about the nature of God in himself than it does about the way God acts in the world. It moves into the realm of speculative theology and out of the realm of biblical theology (i.e., theology that has the Bible as it’s evidentiary foundation). The response moves into the world of medieval-like theology where scholars discussed matters like, “how many angels can dance on the head of a pin?” To be sure, the nature of the relationship of the spiritual to the temporal and material is not unimportant, but I think we’d all agree that (at least superficially) the answer to this question has little to do with our experience of God today.

It’s sort of like another question–a perennial favorite of youth groups–“can God make a rock so heavy that He is unable to lift it?” The best answer I can come up with is, “why would God want to do this?”

Calvin had little time for speculative theology like this. His theological method was driven by appealing to the text of Scripture, which he read primarily in relationship to other parts of Scripture in consultation with the teaching of the Church Fathers. We do well to follow him.

In the end, we don’t know whom God will save other than to say–with the Scriptures–that he will save his elect. Wisdom is found in the Westminster Confession which notes:

The grace of faith, whereby the elect are enabled to believe to the saving of their souls, is the work of the Spirit of Christ in their hearts, and is ordinarily wrought by the ministry of the Word, by which also, and by the administration of the sacraments, and prayer, it is increased and strengthened. [14.1]

Put simply: God ordinarily saves those who (1) encounter the Gospel message, (2) are enabled by God’s Spirit to embrace it, and (3) respond in faith to the message they have heard, by (4) turning away from their sin, and (5) relying on Christ to be their surety and substitute.

To the extent that Teaching Elders in the PC (USA) tend to enter into speculative theological answers in reference to this tricky question and not the Confessional heritage of the church is really the central problem. As a result, I’m more comfortable saying that the PC (USA) is un-catechized than that it is functionally universalist. Both, to be sure, are significant problems.

6 Replies to “Can only followers of Jesus Christ be saved?”

Jeff Gissing is an ordained Presbyterian minister. He currently serves as Director of Acquisitions for English Bibles at Tyndale House Publishers.

Jeff received his B.A. in Philosophy and Religion from Samford University and his M.Div. from Beeson Divinity School.