[Repost from 2011] It’s been about a year since I read Jennifer Senior’s New York Times article, “All Joy and No Fun: Why Parents Hate Parenting.” The piece floated into my conscious mind this morning as I’m nursing (again) what I call a parental hangover. It’s 5:21am and I have been awake, off and on, since 3:00am. 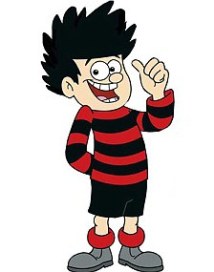 I find myself wondering how it is possible for two little people (one is 3 and the other 1 1/2) to so thoroughly exhaust me. In short, why is parenting simultaneously the one of the best things that I have ever experienced and yet something that sometimes makes me want to run for the hills. Senior frames the tension like this:

As I shuffled back to the living room, I thought of something a friend once said about the Children’s Museum of Manhattan—“a nice place, but what it really needs is a bar”—and rued how, at that moment, the same thing could be said of my apartment. Two hundred and 40 seconds earlier, I’d been in a state of pair-bonded bliss; now I was guided by nerves, trawling the cabinets for alcohol. My emotional life looks a lot like this these days. I suspect it does for many parents—a high-amplitude, high-frequency sine curve along which we get the privilege of doing hourly surfs. Yet it’s something most of us choose. Indeed, it’s something most of us would say we’d be miserable without.

So true — a high-amplitude, high-frequency sine curve along which we get the privilege of doing hourly surfs. That’s my life and I’m pretty sure, if you’re a parent, it’s yours too.

In general, behavioral scientists have found that having children tends to increase feelings of depression. From the article, “Robin Simon, a sociologist at Wake Forest University, says parents are more depressed than nonparents no matter what their circumstances—whether they’re single or married, whether they have one child or four.” That’s encouraging.

I loved the erratum that ran in The Journal of Happiness Studies after a coding error was found in data that suggested that parenting corresponds to happiness and that happiness increased with the number of children: “the main results of the paper no longer hold. The effect of children on the life satisfaction of married individuals is small, often negative, and never statistically significant.”

There are, of course, all sorts of explanations as to why we still have children regardless of the fact that it’s a lot of hard work and doesn’t seem to make us markedly happier.

The least depressing response is probably that parents enjoy parenting, but that our society is shaping the lived experience of parents in such a way as to contribute to our dissatisfaction.

The nature of parenthood is changing. We’re a long way from the family farm where children were primarily assets, incipient means of production who were brought into the world by young parents. By contrast, “[today’s] Middle-class parents spend much more time talking to children, answering questions with questions, and treating each child’s thought as a special contribution. And this is very tiring work.” Yet it’s work few parents feel that they can in good conscience neglect, says Lareau, “lest they put their children at risk by not giving them every advantage.” We’re also having children later in life after we’ve sampled at least something of the freedom of being income-earning adults.

We also have a society isn’t particularly favorable to parenting, especially active fathering. The norms of our society encourage men to spend long hours at work earning in order to provide for their families. Society also encourages women to work and simultaneously to provide everything their children need in terms of nurture. This is crazy. Children need father and mothers. They need more than incidental fathers who are present at the margins of their life.

As a society we need more support for families. Studies have shown that nations with strong welfare systems have happier families. Pro-welfare = pro-familiy. Take note Republicans.

Of course, this should not be a surprise. If you are no longer fretting about spending too little time with your children after they’re born (because you have a year of paid maternity leave), if you’re no longer anxious about finding affordable child care once you go back to work (because the state subsidizes it), if you’re no longer wondering how to pay for your children’s education and health care (because they’re free)—well, it stands to reason that your own mental health would improve. When Kahneman and his colleagues did another version of his survey of working women, this time comparing those in Columbus, Ohio, to those in Rennes, France, the French sample enjoyed child care a good deal more than its American counterpart. “We’ve put all this energy into being perfect parents,” says Judith Warner, author of Perfect Madness: Motherhood in the Age of Anxiety, “instead of political change that would make family life better.”

Parenting is a complicated issue, especially since there are social forces that exert influence on the way we shape and live our lives as parents (that are sort of beyond our control).

But it certainly seems that working toward greater social support for families and a lessening of angst about parenting would go a long way to making parenting more enjoyable.

Of course, at the end of the day much of parenting will still fit into the apt description given above. Namely, a high-amplitude, high-frequency sine curve along which we get the privilege of doing hourly surfs. Love it.

It’s now 6:15am. Time to refill my coffee because I hear Nathan talking to himself in his room. Before long, he’ll emerge.