Orthodoxy is not enough 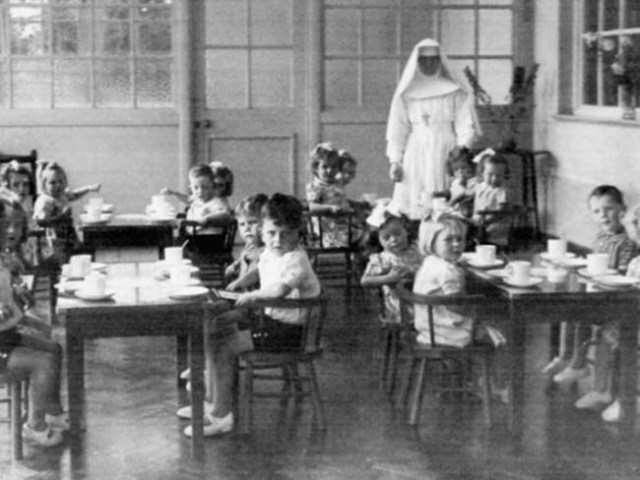 In the early twentieth century Ireland was a socially conservative, Catholic nation with significant laws against abortion. Women who became pregnant out of wedlock were shunned by society and turned to religious workhouses for shelter and sustenance both for them and for their children. Their children were given in adoption, often to parents in the United States. The mothers did not have the option to keep their babies and, further, had to “pay their debt” by two to three years of labor.

A scandal has erupted after the bodies of hundreds of children (actually 800) have been discovered in a septic tank at the site of one of these workhouses that was once operated by an order of Roman Catholic nuns. It seems that most of these children died before the age of one and with the major causes of death providing some evidence of abuse: malnutrition, measles, convulsions, tuberculosis, gastroenteritis and pneumonia. At the time the mortality rate in Ireland sat at or around 50%, which is something one never really picks up on simply by observing Tom Branson on Downtown Abbey.

Rod Dreher reflects on the horror of this tragedy in The American Conservative with a couple of paragraphs that really pack a punch:

…[T]his revolting monument to ecclesial and social evil does not obviate the importance of marriage, nor does it obviate the truth of Christianity. It does not make unwed childbearing good or desirable. But it does condemn a Catholic Ireland that saw sexual purity as more important than human life, or common decency.

To children. Children seen by Christ’s own consecrated brides as so filthy they deserved burial in a septic tank.

And it behooves people like me, who bemoan the cruelties and disorder of our own post-Christian era, to recognize that the order whose passing we mourn contains within it many things that are better off consigned to hell.

Dreher’s words are sobering. They are a stark reminder that theological orthodoxy is not a guarantee of common decency, let alone holiness.

One response to “Orthodoxy is not enough”