The Brightness of Grace 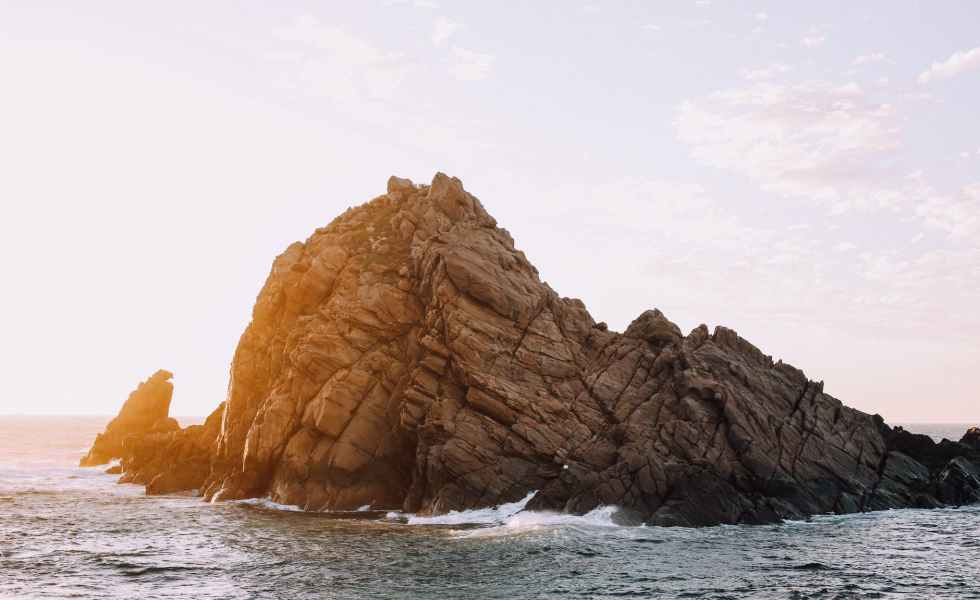 The Brightness of Grace

The September 11, 2002 issue of TIME magazine features the story of then 31-year old Genelle Guzman. Genelle was the last of just four people caught in the debris of the Twin Towers to be found alive.

After the planes hit the World Trade Center, Genelle was descending a staircase from the 64th floor of the North Tower.

Steel beams weakened to their breaking point. Solid concrete was pulverized. But somehow her body found an air pocket. Her right leg was pinned under heavy concrete pillars. Her head was caught between stacks of wreckage. But somehow she was still alive.

In recent months before the attacks Genelle had started attending the church called Brooklyn Tabernacle, and wanted to get her life turned around.

So while she was stuck in the rubble, she started to pray. She’d trail off into sleep — wake up and pray some more.

Shortly after noon on Wednesday the 12th, she heard voices. So she screamed as loud as she could, “I’m here! HEY, I’M RIGHT HERE!”

A rescue worker responded, “Do you see the light?” She did not.

She took a piece of concrete and banged it against a broken stairway overhead–probably the same structure that had saved her life.

The searchers found the noise. Genelle wedged her hand through a crack in the wall, and felt someone grab it.

She heard the voice of a rescuer–her savior, in a sense–say, “I’ve got you,” and Genelle Guzman said, “OH GOD, THANK YOU.” It took another 20 long minutes, and then she was saved.

In many ways, Genelle Guzman represents the spiritual plight of all people. We are buried under an enormous mess of sins — ways we have wronged our perfect God. Like Genelle, we have no hope of freeing ourselves.

We’re stuck. In need of rescue.

But by admitting the need to be forgiven — by reaching out and saying, “God, help me! I can’t get out of this unless you save me,” we can be confident that he hears and helps.

That’s what we remember that God reached down into the rubble and saved us by the death and resurrection of Jesus.

From start to finish, our rescue is a work of God.

At Just the Right Time

Paul uses this phrase, “At just the right time.” What does he mean by that, I wonder? Perhaps you wonder too? How was it the right time? Why? Is there a wrong time for rescue, for salvation?

We can look at the words of Jesus in John 17 in order to try to answer that question. Just before the events that will ultimately lead to his crucifixion, Jesus prays what’s called his “High Priestly prayer” in John 17. And there he says, “Father, the hour has come…” And he goes on to pray for himself in facing his upcoming ordeal and to pray for his people, ourselves included–that we may be one as He and the Father are one.

Then, in the Book of Acts, Peter delivers his sermon on Pentecost–found in Acts 2–and he tells his listeners that Jesus was delivered to the Romans according to the “definite plan and foreknowledge of God” (v. 23).

So–bringing us back here in Romans 5–it’s just the right time because it is the time that God has ordained for salvation.

The timing of Jesus birth, life, death, resurrection, and ascension accords with the plans that God made in eternity past to redeem a people from the fallen race of humanity.

It was God’s choice and he chose ancient Palenstine in the Roman Empire.

In C. S. Lewis’s book The Voyage of the Dawn Treader in The Chronicles of Narnia, there’s a character named Eustace Scrubb. And Eustace is a know-it-all. He’s the sort of kid who’s too sophisticated to believe in God. He thinks God’s a myth. He believes in science, progress, and technology.

Eustace gets into Narnia. Narnia–if you’re not familiar with the books–is the land where the books are set. Narnia is a world that’s sort of parallel to ours. The world is ruled by Aslan, a lion, who is the one true King of Narnia and sort of a Christ-figure.

Eustace makes all sorts of trouble in Narnia. No one likes him. And finally his stubbornness and willfulness results in his becoming a dragon–because everyone knows that the gold in a dragon hoard is bewitched. And Eustace begins to have “greedy, dragonish thoughts” and falls asleep among the treasure, waking up as a dragon.

So Eustace, now a dragon, realizes his folly. He recognizes he was wrong. He believes that Aslan is real and that he is the true King and Creator of Narnia. And he repents–he turns away from his old ways, and he turns to God, and lives in a new way.

And he wants to become a boy again–because he knows that under all those scales that’s what he really is, a little boy. He tries to cut away his scales, but every layer of scale that he removes, reveals another layer, sort of like an onion. No matter how hard he tries, he cannot peel it away.

Then Eustace describes how Aslan rescued him. In his own words,

“Then the lion said – but I don’t know if it spoke – ‘You will have to let me undress you.’ I was afraid of his claws, I can tell you, but I was pretty nearly desperate now. So I just lay flat down on my back to let him do it.

“The very first tear he made was so deep that I thought it had gone right into my heart. And when he began pulling the skin off, it hurt worse than anything I’ve ever felt. The only thing that made me able to bear it was just the pleasure of feeling the stuff peel off. You know – if you’ve ever picked the scab off a sore place. It hurts like billy-oh but it is such fun to see it coming away.”

“Well, he peeled the beastly stuff right off … And there was I, as smooth and soft as a peeled switch and smaller than I had been. Then he caught hold of me – I didn’t like that much for I was very tender underneath now that I’d no skin on – and threw me into the water. It smarted like anything but only for a moment. After that it became perfectly delicious and as soon as I started swimming and splashing I found that all the pain had gone from my arm. And then I saw why. I’d turned into a boy again.”

Like Eustace, we cannot peel off the scaly skin of our sinfulness, of our brokenness, of our habits.

Like Genelle Guzman we cannot lift the beam from on top of us and pick our way out of the wreckage of sin.

Jesus is the Good Shepherd who lays down his life for the sheep. He say in John 10:

“I am the good shepherd; I know my sheep and my sheep know me— 15 just as the Father knows me and I know the Father—and I lay down my life for the sheep. 16 I have other sheep that are not of this sheep pen. I must bring them also. They too will listen to my voice, and there shall be one flock and one shepherd. 17 The reason my Father loves me is that I lay down my life—only to take it up again. 18 No one takes it from me, but I lay it down of my own accord. I have authority to lay it down and authority to take it up again. This command I received from my Father.”

He knows his sheep–he knows you, warts and all. He lays down his life for his sheep–for you, for me in full awareness of our brokenness–on Good Friday. Then he takes his life up again on Easter Sunday and gives us everlasting life.

Friends, this is good news of the gospel. Don’t try to move the pillar. Don’t try to rub off your scales. Don’t try to save yourself. Don’t trust in your good works or your upstanding character. Those things cannot save you.

Jesus can. So say yes to him today.

You are the center of heaven’s happiness,

the wellspring that fills saints and angels.

There is as much happiness in you as happiness exists.

Whatever excellency is in heaven, it is in You.

Whatever belongs to glory is found in You.

You are all good things to all your saints in heaven:

beauty to their eyes,

honey to their mouths,

perfume to their nostrils,

health to their bodies,

joy to their souls,

light to their understanding

You are time without sliding,

You are Alpha and Omega, the beginning and ending.

All the virtues, beauties, and goodness

in people, animals, trees, and any other creature,

are nothing but passing sparks compared with your glory.