Those who know me well realize that there is more than a little of the curmudgeon in me. Something that is increasingly annoying is the proliferation of the word “missional.” I suppose the history of mission meant that some new word needed to replace “missionary,” hence the advent of missional. Frankly, I think it confuses more normal people than it enlightens. Is it really problematic to be a “missionary church”? In the end, most church members talk about being missional all the while continuing to do what the church has always done.

The key to being missional is introducing missional practices into your life. A simple way to do that is by following the acronym “bells,” which Michael Frost unpacks in his book Exile: Living Missional in a Post-Christian Culture.

B – Bless – Intentionally try to bless three people this week, one of whom is not a Christian.

E – Eat – Share a meal with three people this week, one of whom is not a Christian.

L – Listen – Create intentional space in your life to listen to God.

L – Learn – Reflectively read sections of the gospels seeking to pattern your life after Christ’s.

S – Sent – Orient yourself toward your role as an ambassador of reconciliation. Try asking: how have I worked with or resisted Jesus today?

Everyone has dreams. Some abandon them. Others embrace them. Some try and fail. Others fail to try. Many find a new success in their failures. It wasn’t the success they thought they’d experience. It was a peculiar success whose genesis lay in the failure of their first dream.

Entrepreneurs know this. They try ten things, eight of them fail. They re-invest in the two that don’t.

Stephen Pressfield’s book The War of Art is a must-read for anyone seriously committed to taking any sort of risk in life, not just for the creatives for whom the book was written. He writes, “Most of us have two lives. The life we live, and the unlived life within us. Between the two stands resistance.” 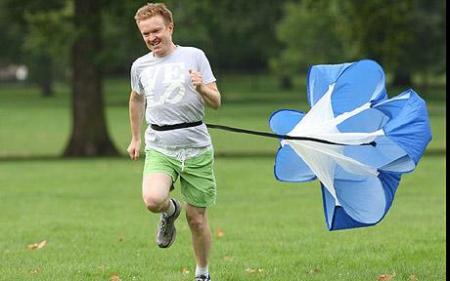 Our society is ordered around distraction: “we live in a consumer culture that’s acutely aware of [our] unhappiness and has massed all its profit-seeking artillery to exploit it. By selling us a product, a drug, a distraction” (War of Art, 31). What’s easier: two hundred words or two hours on Facebook? What’s more important?

Spend some time today thinking about what you really want to do with your life.

News reports regularly give statistics about the rise or decline in new applications for unemployment benefits. Each of us probably knows at least one person who has been unemployed for more than a year. We likely know many more who have been without work for a shorter period of time. Our society has generally embraced the model of work for wages–we exchange our knowledge and/or manpower for cash. Most of us can’t think of any other way in which to order our lives. The question is, however, does this arrangement really work all that well? Does making a living require us to sacrifice our lives?

We must be careful with our lives, because it would seem that they are the only lives we are going to have in this puzzling and perilous world, and so they are very precious and what we do with them matters enormously.

Given the premium our culture puts on comfort (the ‘good life’), it’s ironic how little we intentionally our lives to see if we are treating them as precious or as simply a means to an end. Are we simply doing more and more meaningless things with ever greater efficiency?

Those focusing on making a living see wealth solely in the context of the cash nexus: the opportunities, possessions, luxuries and leisure that money affords. Those focusing on making a life see wealth in terms of the depth and quality of their relationships, the strength of their home, the memories they make, the moments they share, the lives they touch. In fact, the people I most respect who have made lives worth emulating rarely focus on money at all. There have been times when they have had plenty and times when they have struggled, but the constant is in how deeply they have loved.

Imagine sitting down with a financial planner and in addition to totaling your bank accounts and mapping your investments, you also mapped your significant relationships and explored your relationship to your home.

Buechner writes that the world is full of people who “seem to have listened to the wrong voice” and are doing work that “seems simply irrelevant not only to the great human needs and issues of our time but also to their own need to grow and develop as humans.”

It’s ironic that some of the vocations that directly seek to meet the greatest human needs are the least esteemed (and rewarded) in our culture: teacher, care-giver, social worker, priest. Could it be that our value system is inverted?

Ask yourself: am I making a living or making a life? What two things could I most easily change in order to improve the quality of my life (in terms of relationships)? Resolve to start making those changes.

Though not commanding the attention of the news cycle, tensions between North and South Korea continue to simmer. Since the nation’s division at the end of the Second World War and the subsequent war between the North and the South—proxies respectively for communist USSR and capitalist US—in the 1950s, tensions have intensified and lessened periodically. 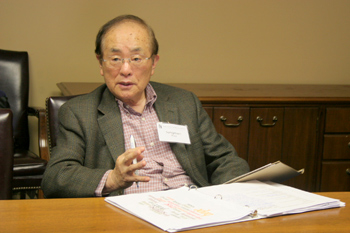 Korea, consequently, is a divided peninsula that has experienced more than its fair share of suffering. The brinksmanship of North Korean premiere Kim Jung Un provides a glimpse of one possible future for the peninsula: the continued economic and political isolation that has caused immense suffering for its citizens.

On the other hand, according to theologian Syngman Rhee, the gospel of Jesus Christ could be a significant catalyst for reconciliation. Speaking to Duke University’s Faith and Leadership, Rhee remarked, “There is a particular need for reconciliation between North and South Korea by the teaching and the love of Christ.” In other words, Rhee envisions the Korean church as central to the process of re-uniting the modern enemies of North and South.

According to Rhee reconciliation will necessarily involve South Koreans re-envisioning Christianity as something inherently opposed to communism. It will also require a shift in Northern thinking away from the notion of Christianity as “the religion of our enemies.” More than that, it will require the fortification of the weakened Christian community in North Korea. There are fewer than five hundred Christians and only two officially recognized congregations in the country.

While recognizing the decline of American mainline denominations, Rhee contends that, at its foundation, American Christianity is stronger than it first appears. The American church is, implies Rhee, learning to live in a new context where society no longer lends her its aid: “we all experience decline, both in membership and in influence, as society has become more secularized and churches have failed to make Christianity relevant to the younger generation.”

It’s difficult to measure the intent of Rhee’s remark, “we all experience decline.” Is he being flippant? Is he simply making an observation? It’s hard to know. However, Rhee’s use of “decline” ought to be modified by the adjective “precipitous.” What we’re witnessing is nothing less than the implosion of the mainline churches. There’s little consolation in noting that others are experiencing the same thing or will fifty years from now (as in the case of the Southern Baptist Convention). As Rhee later notes, “I think mainline denominations were so involved in bearing the fruits of our faith that they neglected nurturing the roots of our faith—basic things like the importance of Scripture, devotion and worship, and so on.”

In reflecting on prospects for reconciliation, Rhee argues it will be important for South Koreans Christianity as something not inherently opposed to communism. He remarks, “Christianity was not created to fight against something. It is life-giving and can be a catalyst to create a new history in any kind of society, capitalist or communist.” In a sense this is true, Christianity came into existence at the initiative of a God who in Christ entered a rebellious world and by his life, death, resurrection, and ascension established a new community, a kingdom beachhead in the midst of traitors. It isn’t simply another system or a movement established to counteract communism. Quite the contrary. In fact, it’s more accurate to say that communism has typically been more hostile to Christianity than Christianity to communism.

Given that the world is in rebellion and tainted by sin, it’s really not accurate to say that Christianity doesn’t exist to fight against anything. This rebellion, this sin, is the enemy against which the Christian faith strives. Christianity aims its sights slightly higher than communism, which is simply a particular expression (or symptom) of the fall, of sin and rebellion itself, and rather aims to defeat the cause behind communism.

Certainly in the two generations that have passed since the partition of the peninsula, it is possible that Christianity in South Korea has come to identify itself more with being against communism than for Christ. To the extent that this is true, it is both sad and wrong. It is always a temptation to identify one’s faith in Christ with something less than the gospel of the kingdom itself, one to which we American Christians have periodically succumbed.

Can Christianity and communism coexist? The answer has to be a qualified, “yes.” Just as Christianity coexisted with the Roman Emperor cult in the early church, Christianity can coexist with communism. As it does so, Christians will be working to subvert it. The two outlooks are at odds, but in the end Christianity is able to exist and even flourish as a minority belief in an atheistic or panentheistic system.

A more insidious interpretation is that Christianity and communism are somehow compatible. Rhee never clearly states that, although comment, “A growing number of Christians in South Korea insist that we — Christians — can no longer be enslaved by the belief that Christianity equals anti-communism,” seems to indicate an openness to the notion. This is problematic since the foundation of Marx’s philosophy is materialist—that is, it assumes only the existence of matter and ignores anything beyond matter (i.e., spirit or God). Christianity places values on the material as well. Yet, that value is derived from the notion that all that is has come from the hand of God. At the level of presupposition, therefore, the two are incompatible.

Rhee clearly believes that South Koreans needs a change of heart with respect to communism. He also contends that North Koreans need to reject the belief that Christianity is, “the religion of [our] enemies.” Surely this is a change of attitude that can happen only by the grace of God.

And then the King will tell them, ‘I assure you, when you did it to one of the least of these my brothers and sisters, you were doing it to me!’

On Saturday I experienced a foretaste of the heavenly banquet. After spending the morning doing various things to serve our downtown community, members of our church went out and invited everyone they met to have lunch with us. Many came. 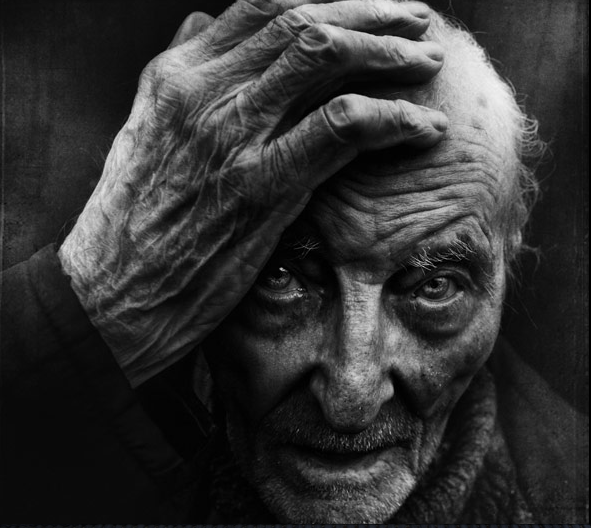 It was a powerful experience that taught me several lessons about myself, humanity, the gospel, and the church:

Let’s be clear, I’m no Mother Theresa. I am, at best, an apprentice at loving my neighbor. However, God met even me in the simple act of sharing a meal with those in our downtown neighborhood.